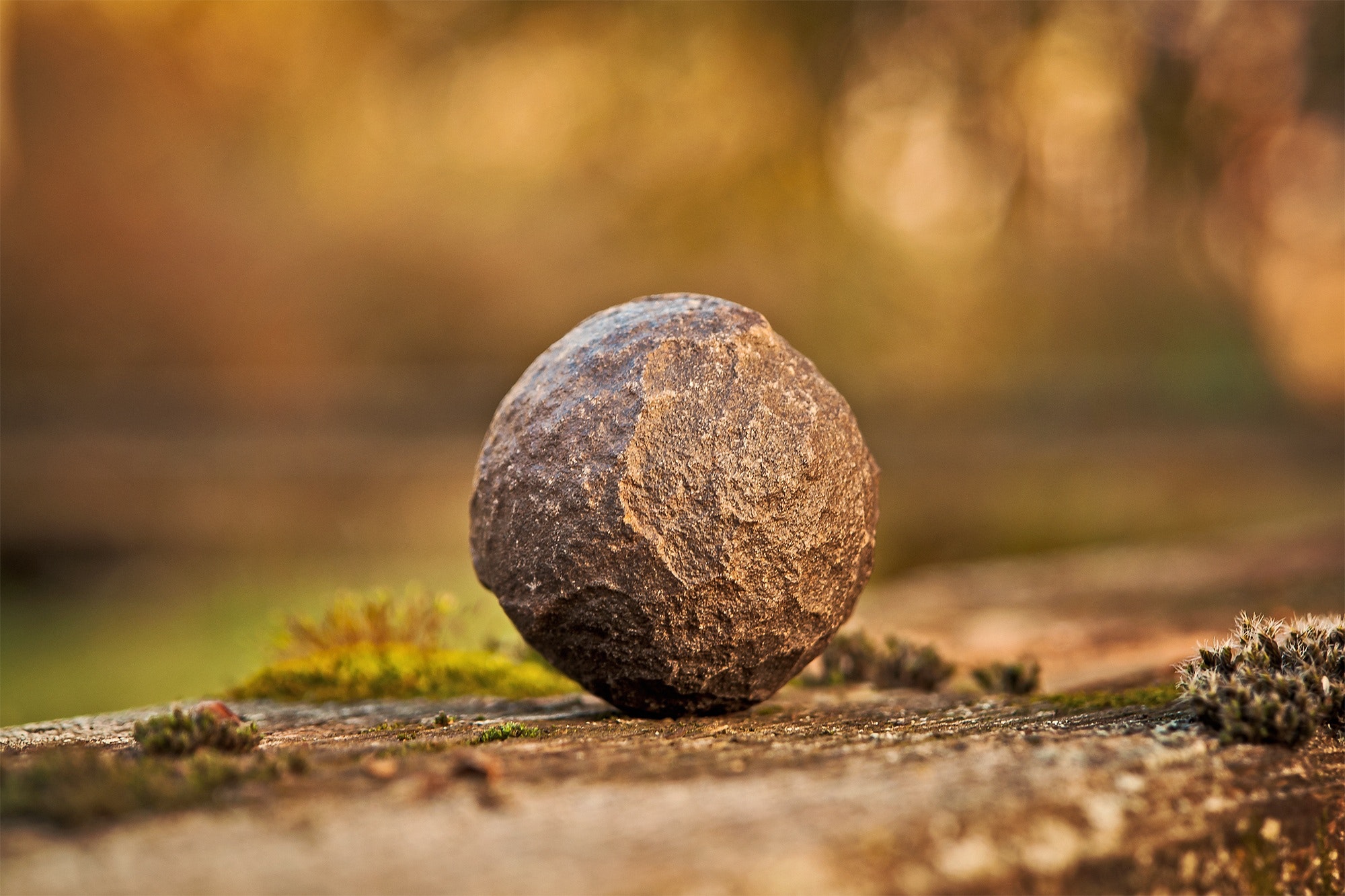 “Caitrin was a six-year-old girl in my community who was friends with my daughter. A lover of rainbows, cardinals and collecting rocks – Caitrin was a special girl, with a big heart and a bright smile. At an early age, she and her family received the news that she had cancer, and despite a fierce fight, she ultimately lost her battle.

I and other members of my community were deeply impacted by Caitrin and her story, and we sought after a way to honor her. Given her love of rocks, we figured what better way to keep her memory and the impact she had on all of us alive, than to place a memorial rock at our local park. After receiving approval from the community, we placed the memorial in the park at the base of the football field. The unveiling ceremony was undoubtedly emotional, but also beautiful.  At the conclusion of the event, we released balloons into the air and there in the distance was a rainbow; a sign that Caitrin was with us that day.

As a coach, I wanted to give my team a bigger purpose than just football. Inspired by Howard’s Rock at Clemson University and the ‘Play Like A Champion’ sign at Notre Dame, I started having my team gather around Caitrin’s Rock before each game to give them a reality check on life. We use this rally to emphasize just how fortunate each child is to wear the uniform and have the opportunity to compete and play football.

Though she was taken from us far too soon, Caitrin lives on. She lives on through every child who visits her memorial, and through the kids who have the opportunity to compete and play at the field. Through her story, we are able to continue bringing awareness, inspiration and purpose to many children and families.  She is carried in our hearts, minds and memories until we meet again.” October is a magical time of year here in Chicago. The air is crisp and cool; the leaves are every shade of red, orange and yellow, and a sense of calm fills the city. It’s one of my favorite times of the year, even more so as Halloween approaches. It’s a special holiday getting  to see the children of my community dressed in costume, collecting candy. Their smiles and laughter can be heard from door to door and throughout each neighborhood, and this noise can lighten even the worst mood.

But in keeping things purposeful, this year there are many kids across the country that won’t have the chance to trick-or-treat because they’re stuck in pediatric hospitals, or even worse – no longer with us.

During the month of September, you likely read the posts or saw the calls for action on Facebook for Pediatric Cancer Awareness Month. It’s an important month that brings a lot of awareness and education around the topic. If you’ve been touched by pediatric cancer, then you know how devastating it can be. The statistics are frightening, the treatments are scarce and underfunded and if I’m being honest, this is a topic that deserves a lot more than just 30 days of attention and awareness.

So I chose to continue the discussion by posting in October instead. Why? Because facts are facts, and in the time it takes for you to read this post, somewhere in the world a child will be diagnosed with cancer. More specifically, *one child and his/her parents receive this earth shattering news every two minutes. Two minutes?! *In the US, one in five of those diagnosed with pediatric cancer will not survive, and of those who do manage to beat the odds, 99 percent will go on to have chronic health problems by the age of 50 as a result of the very treatment that helped cure their cancer.

I’ve been personally impacted by pediatric cancer. The story above is one of many stories in my community, and simply put – there are too many stories just like this one. So let’s continue the pediatric cancer discussion throughout the whole year. Let’s talk, educate, share, volunteer, donate, and be a champion to further the fight against childhood cancer.

“Live every day with courage and kindness. Though you may not win all your battles, give all your effort and appreciate the opportunity to compete.”