How true purpose—beyond financial gain—leads to meaningful accomplishments in business.

Andrew’s strong belief inspired him to author the book, Won With Purpose.

How true purpose—beyond financial gain—leads to meaningful accomplishments in business.

Andrew Limouris believes it can lead to satisfied employees, increased revenue and unified teamwork. He’s delivered impressive results as CEO of Medix, an international staffing company, and now helps other leaders and teammates find purpose, too.

Andrew’s strong belief inspired him to author the book, Won With Purpose.

“It’s a new way of thinking and goal-setting that can only do more good—creating a better business environment and, ultimately, a better world.”

Finding Purpose Beyond Winning Leads to Fulfillment and Success

Andrew Limouris strives to cultivate purpose in everything he does within business, coaching his youth football team and in life. As CEO of Medix, Andrew is grateful to be in a position that drives true impact. Medix specializes in recruiting skilled professionals for clients in healthcare, science and IT.

After discovering Medix’s core purpose of positively impacting lives, he promoted the idea of a “double bottom line” that prioritizes profit and purpose. Learn more.

Finding Purpose Beyond Winning Leads to Fulfillment and Success

Andrew Limouris strives to cultivate purpose in everything he does within business, coaching his youth football team and in life. As CEO of Medix, Andrew is grateful to be in a position that drives true impact. Medix specializes in recruiting skilled professionals for clients in healthcare, science and IT.

After discovering Medix’s core purpose of positively impacting lives, he promoted the idea of a “double bottom line” that prioritizes profit and purpose. Learn more.

Andrew is passionate about sharing what he’s learned, including how to:

Accomplishments are more significant when you see the big picture through the lens of purpose.

Elevating others to find deeper meaning in their actions is rewarding.

When you lead a purpose-driven team, you’ll see genuine passion, dedication and focus.

Praise for Won with Purpose

“Won with Purpose shows you how to create a vibrant, growing organization infused with a powerful drive to make a difference. It’s the ultimate people-, client-, and profit-building strategy.”
Jill Konrath
author of More Sales, Less Time and SNAP Selling 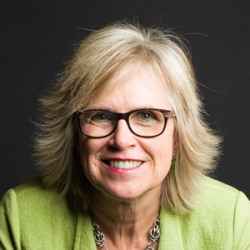 “Over the past decade, I have had the opportunity to lock arms with Andrew and the Medix team as partners and supporters of my philanthropic organization, and I’ve seen firsthand the impact purpose has on achieving goals. Whether your team is in the office or on a sports field, success comes easier when your true motivation is more than just winning.”
Jared Allen
former professional football defensive end, Pro Bowl player, and founder of Jared Allen’s Homes for Wounded Warriors 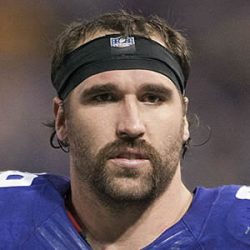 “Through his story of life and business, Andrew Limouris will inspire you and help you be the person and leader you want to be.”
Chester Elton
New York Times best-selling author of The Carrot Principle, All In and What Motivates Me 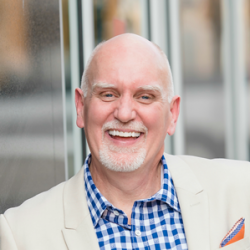 Who should get serious about finding their purpose?

Take a turn off the status quo, and learn how purpose can elevate your team, goals and bottom line.

As you take the next steps in your career, make sure purpose is a part of your path to see true success.

Help your team see that it’s not just about winning. There’s more victory on and off the field.

Purpose doesn’t need to come from the top down. Find purpose in your day-to-day work, and your achievements will become more meaningful.

Anyone Looking For More

Purpose lives beyond work and sports. Find it in everything you do day in day out. You’ll discover genuine happiness.

Ready to discover your purpose?

Download a free preview of Won With Purpose below!

Preview the first three chapters of Andrew Limouris’s journey to find how his purpose can help you start your own journey. The beginning of a purposeful life starts now. 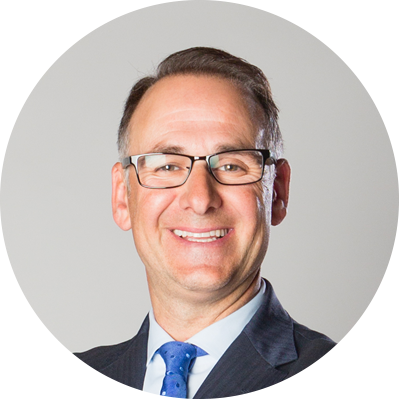 Andrew Limouris is the founder, president, and CEO of Medix, an international staffing organization specialized in recruiting skilled personnel in the healthcare, science, and IT. He founded the company based on the mission and purpose of positively impacting lives and strives to recruit others who live the company’s core values.

As a result, Medix has developed into one of the largest and fastest-growing staffing agencies in America, according to Staffing Industry Analysts. Medix has been featured on such prestigious lists as:

He was also honored as a Midwest Ernst and Young Entrepreneur Of The Year® in Technology and Talent Services.

Andrew received his bachelor’s degree in speech communication from Ripon College. Today, he lives in Illinois with his wife and their three children.

Along Andrew’s journey of purpose, he’s had the opportunity to connect with leaders of all kinds to learn more about the ways that purpose can drive success. In this podcast series, Andrew interviews inspirational individuals—from business leaders to athletes of all sizes to non-profit volunteers—to hear their stories of purpose, and share with listeners ways that they can find purpose in their own lives.

“I strive to find purpose everywhere, and truth be told, some days are easier than others. In fact, it took me an entire lifetime to reach the point where I could identify purpose as the true source of every single success I’ve experienced, both personally and professionally. I’m so inspired by purpose, I chose to share my journey through writing a book. Books end, but in my life, the lessons and experiences in purpose are constant! I created this blog to not only share the endless examples of lessons surrounding purpose that extend beyond the book, and also to create a community for a two-way dialogue with shared stories of discovering purpose.” 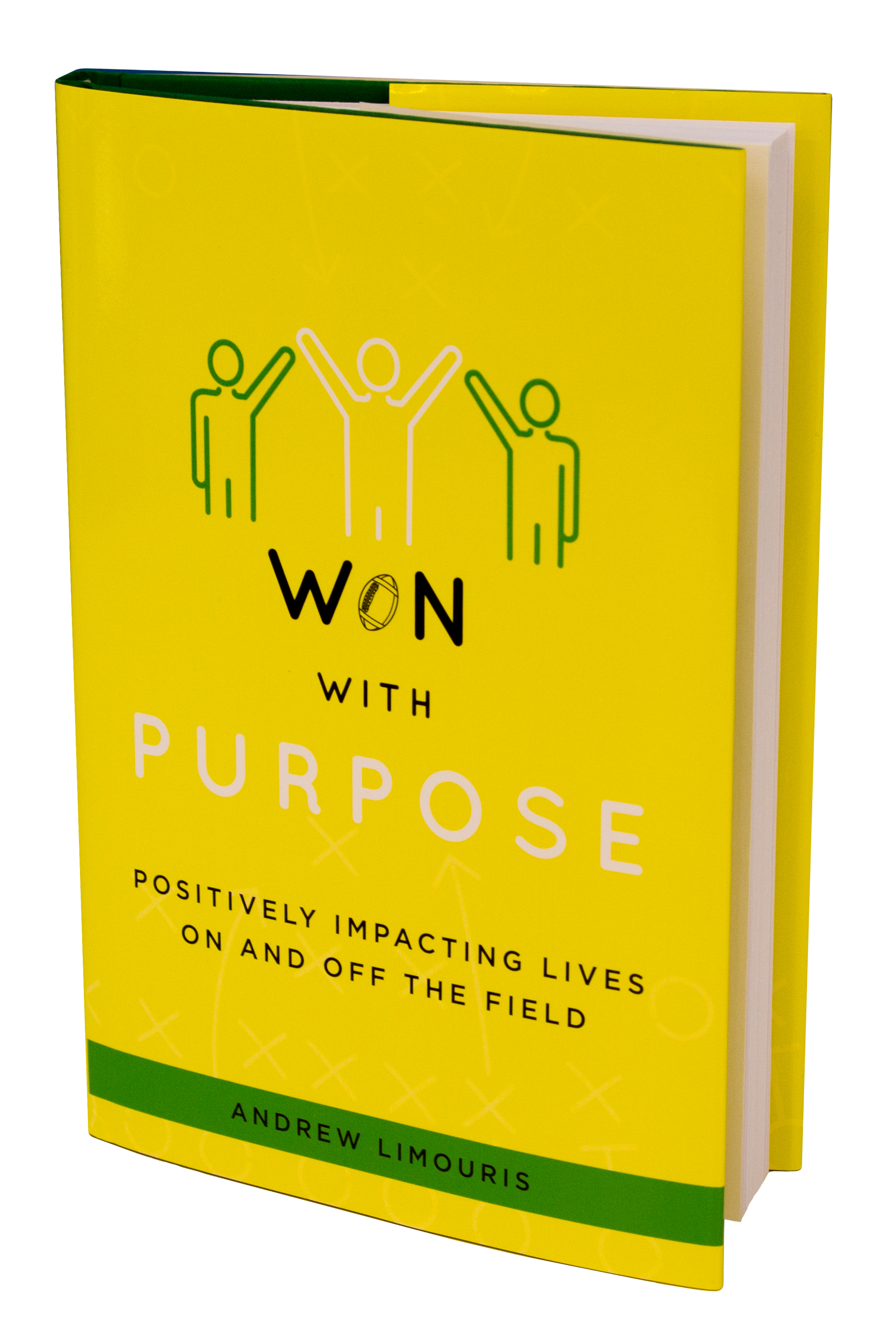 Andrew Limouris found true success when he discovered purpose in business and coaching.

Uncover your purpose and find meaning at work, on the field or in your day-to-day life.

All proceeds from Andrew Limouris’s book, Won with Purpose, will be donated to Ann & Robert H. Lurie Children’s Hospital of Chicago’s CHASE Your Dreams program!

To learn more about CHASE Your Dreams, please visit www.luriechildrens.org/en/serving-the-community/advocacy/mentoring.